A few people responded to my “Oh We, Of Little Faith” post — addressing the the doom-and-gloom predictions of the end of the UMC in the next forty years or so — by asking what kind of future I do envision for the good old UMC?  Looking at trends and forecasting the future is tricky, and generally a waste of time, but it’s still fun.  Here goes.  Keep in mind, this is my opinion based on what I see.  I hope you will add comments, sharing your own vision/prediction.

UMC 2050— The United Methodist Church in the U.S.  is about 4.5 million strong, but the faithful remnant is more engaged, more active, and more involved than the 2010 church of 8 million plus.  Extremists from both the conservative and liberal wings of the theological spectrum have departed, leaving a middle group committed to living the mission — creating fertile environments for faith formation and Christian service.  Congregations of all sizes are characterized by strong relationships within affinity groups — for study, for service, for fellowship, for formation.  We are still a denomination of smaller membership churches — though larger congregations and a few mega-churches will still exist.  There will be fewer United Methodist congregations — approximately 20,000 — but new faith communities will still be launched, generally as satellites to existing, strong congregations.  Between 2010 and 2050, many congregations will merge, however fewer and fewer will merge from a position of weakness, while more and more will join together to achieve visions for ministry that are impossible without pooling human and material resources.  Though smaller, the UMC will be stronger.

The leadership role of the laity will be instrumental to the strength and success of the church.  Lay pastors, lay speakers, lay trainers, and lay leaders will shepherd one quarter of our congregations.  A neo-itineracy will emerge for ordained clergy, who will preach, teach, and preside at the sacraments for multiple churches, but the day-to-day leadership and administration will be lay-based.  More and more tent-maker ministries will emerge over the next forty years, empowering and enabling an ever-growing number of laity to commit a larger amount of time to ministry.

The denomination in the United States will be comprised of about a dozen episcopal areas — two each in the Northeastern, North Central, and Western Jurisdictions; three each in the South Central and Southeastern Jurisdictions — due primarily to diminishing resources, rather than a compelling vision.  The rather short-sighted, reactionary and survivalistic “regional conferences” concept (recently proposed) will have backfired — the gravitational and spiritual center of United Methodism will have shifted to the Southern Hemisphere, primarily in Africa.  More missionaries will be coming into the United States than will be going out.  The United Methodist Church in the U.S. will no longer be a primary source of resources and leadership internationally, as the church around the globe will be providing context-appropriate resources itself.  The focus of Methodism in the U.S. will be on relational evangelism — the church engaging with the larger culture to partner in the work of transformation.  The colonialism of modern day evangelism — constant efforts to expand the congregational base by attracting new member-participants — will shift to a postcolonial emphasis on partnership — denominational, ecumenical and interfaith.  The more connected we are to groups beyond the denomination, the healthier we will be.  The United Methodist “brand” of church preferred in the U.S. will be the minority option worldwide.  United Methodism will be fast approaching 40,000,000 members globally, and the U.S. will account for just over 10%.  For the first time in two hundred years, our vision and direction will no longer set the standard for the denomination.  The apostolic fervor will have relocated half a planet away. 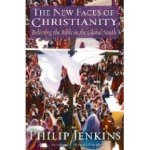 Global Methodism will be a dynamic, transforming force, reminiscient of the Great Awakenings in America.  It will be very conservative, hierarchical, and grounded as much in the Old Testament as the New.  (For an incisive analysis of the global shift, see Philip Jenkin’s amazing, The New Faces of Christianity.)  General Conference will be held more often in Africa, South America, or Asia than in the United States.  The U.S. will have little influence — both in voice and vote — so Western United Methodism will be governed primarily through the Regional Conference and our Supreme Court (Council) of Bishops.

I shared this vision with a group and the response was split cleanly in two.  One group asked why I took such a dismal view of the future, while the second group thought what I was saying was very exciting.  I side with the second group.  I see nothing wrong with Methodism becoming truly global and evolving to be context appropriate wherever it grows.  I have no problem with giving power to our brothers and sisters in the Southern Hemisphere.  This isn’t an “us/them” issue — we’re all “us.”  The image I have of the church in the U.S. is  as a person in the twilight years who is taking very good care of him- or herself — lean (due to diet and exercise), slower and more intentional (distracted by fewer things, attending to priorities), and paying more attention to healthy relationships than to impressing people.  I have no problem believing that the body of Christ (United Methodist variety) will be healthier by losing some weight, slowing down, and paying attention to what’s really important.

We’ll still have disagreements, but they will be over how to be most effective, not who to condemn, alienate, ostrasize, judge, offend, or attack.  We will become a kinder, gentler church as those with axes to grind tire of power struggles to control the connection and seek greener pastures.  We will be burdened by fewer possessions, less property, and a diminished predilection for constant activity — and we will be richer for it.  “Inactive members” will cease to be an acceptable category of membership, and the church will be a place where people come to be transformed, equipped, inspired, and set loose to be Christ for the world.

That’s my prediction.  What’s yours?