Root Rot in the Theological Tree

Friedrich Schleiermacher offered an interesting, and at the time controversial, challenge to teachers and preachers of the Christian faith in 1811 when he proclaimed that “Christianity needs to be researched and taught.”  His Brief Outline of Theology as a Field of Study, pointed out 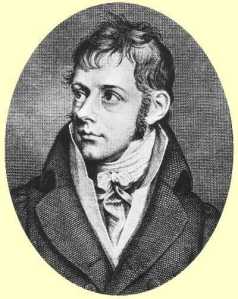 Schleiermacher’s approach is deeply intellectual and dogmatic.  He never suffered fools gladly and resented almost anyone who disagreed with him.  He often hurt his own arguments by refusing to explain what he felt was already crystal clear to anyone of average intellect.  Some critics dismissed him simply because they didn’t like him.  But what he wanted more than anything else was an unassailable theology that grounded faith in reason, science, and philosophy.  He maintained that unless theology could adequately answer criticism and the allegations of opponents, then the faith was flawed and not worth believing in.  The enlightenment raised serious questions about mortality, the afterlife, the cosmos, and the clash between physics and metaphysics was growing.  Schleiermacher wanted a theology that kept pace with the times, reevaluating the true, the beautiful, and the good in light of enlightened thinking. 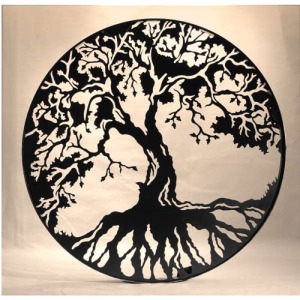 He made the case that philosophical theology was where explanations came from, and he was horrified that the church was abdicating its responsibility to engage in deep (and sometimes painful) theological inquiry.  He was alarmed at a seeming anti-intellectualism that said, “when faith and reason disagree, faith wins.”  He challenged the preachers and teachers of the age to spend time in deep theological reflection, to create a workable and sustainable theology in the face of mounting skepticism and criticism.  If this were true of the early 19th century, it is ever more true today.  For Schleiermacher, theology was a living, dynamic pursuit — understanding God was always an experience of the “now.”  Theology could become dated and irrelevant if thinkers did not constantly engage in analytic evaluation of core beliefs and values.  The fundamental and essential work of theology occurs at the philosophical level.

Growing from the fertile soil of metaphysical inquiry, the trunk of the theological tree reflects the teachings of scripture and the best thinking of previous generations.  Schleiermacher feared that theological scholars would drift away from the study of scripture in original languages, and that certain bits and pieces — favorite stories and messages — would be plucked from the whole, but that our overall understanding of the Bible would become incomplete.  He lamented that many Christian teachers favored the New Testament to the exclusion of the Old.  He disdained religious leaders who, after graduating seminary and university, seldom picked up the Hebrew, Greek and Latin versions of the holy writings.  He was appalled that fewer and fewer preachers studied the writings of the Ante-Nicene church that were available at the time.  He could not believe that so many preachers and teachers had such a limited grasp of the history of the Christian faith.  Without a solid understanding of history, Schleiermacher despaired of the ability of the 19th century church to withstand monumental cultural changes.

This was the very infancy of the German intellectual movement that birthed form, literary, and other types of redactic criticism.  Schleiermacher was among the group of Europeans who believed that theologians should be among the most highly educated of all classes of scholar, and that those who taught and preached should be theologians.  But Schleiermacher took this concept one step further — a step that seems common sense now, but was somewhat revolutionary in his place and time — that theologians needed to apply their theology in practical ways in the world.

Practical theology — the idea that theology is not just abstract and conceptual, but must manifest in tangible results and benefits — threatened the good old boys network that wanted to cloister themselves in stacks of dusty old books and debate ideas with one another.  The only useful and worthwhile theology (according to Schleiermacher) was a theology that did something, that made a difference.  Belief had to lead to behavior, or it wasn’t worth believing.  He infuriated contemporaries by refusing to enter into debates over such irrelevancies as the virgin birth, because there was no practical application of the concept.  How did Mary’s status as a virgin impact early 19th century Germany?  The treatment of enemies, the response to the poor, the role of the servant of Christ — these were the issues that needed recontextualization for the “modern” world.  The only theology worthy of note was that body of belief that you could DO something with.  Theological reflection was never an end in itself, but always a means to an end.

Theology must be alive and relevant.  God still speaks, and it is up to the leaders to attend to keeping our faith vital.  The church must bear fruit and be healthy.  To to that, the trunk must be healthy, for it is the conduit through which the branches are nourished.  And the root system must stay healthy to feed the entire system.

And that brings us to today.  Following Schleiermacher’s model, the modern church may be in trouble.  Looking at The United Methodist Church, hundreds of books are written every year on practical theology.  The “doing” of ministry is an obsession.  We talk about a Biblical church.  We talk about focusing on a Wesleyan theology.  We look to our history to try to create a future.  We have devoted an enormous amount of time to recovering our historical heritage.  But what about the roots?  Where is the deep philosophical reflection happening?  Who are the keen minds and hearts who wrestle with the huge concepts of mortality, eternity, creation, the future and the purpose of all things?  How is our modern (post-modern?) faith being integrated with the God-given revelations of physics, biology, geology, astronomy, medicine, artificial intelligence, etc.?  How are the visions for a relevant theology being discerned by those charged to lead our denomination?  Are they given the space for authentic visionary and philosophical engagement, or are they saddled with unimaginable institutional and administrative tasks that demand (all, or most of) their attention and energy?  Are seminaries challenging deep critical thinking and philosophical reflection, or are they dispensing practical and historical information that perpetuates the status quo?

These are not meant as indictments, but as food for thought.  Schleiermacher feared that the overwhelming demands of the practical needs and institutional rigidity could someday become so great that the root system would wither and die?  Was he prophetic?  Are we experiencing root rot in our theological tree?  We struggle over theological debates by trying to delve into our past to defend one side against the other.  We brandish modern translations of scripture without regard to original context or intent as weapons against one another.  We constantly “do” in the church, running from one program to another in a manic attempt to become “successful.”  But are we tending to the foundation?  Are we nurturing the critical thinking, prayerful discernment, and philosophical introspection that can reveal a “new thing” from God, pertinent to our changing world today?  These are questions worth reflection and discussion — a perhaps action.