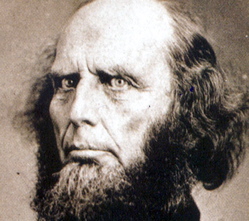 There are times when Christians drive me absolutely nuts.  One way this happens is when I hear well-meaning and sincere Christians confuse faith and superstition, relying on prayer as a magical talisman or incantation.  I listened to a United Methodist colleague share recently that he no longer prays because it never makes any difference.  He told of a time when he was getting a cold and he prayed fervently that he not get sick, but got sick anyway.  “I have better things to do with my time,” he concluded.  Well, duh!  Prayer isn’t our opportunity to tell God what to do or to corrupt it as a selfish want list.  This irrational magical thinking does nothing more than give Christianity a bad name.  We don’t need any help looking less enlightened than we already do to a growing educated and informed segment of our society.  Ignorance, self-centeredness, judgmentalism, and narrow-mindedness are the four most prevalent reasons younger non-Christians give for avoiding the church (and the faith).  When we promote a mythical-magical, pre-rational (irrational?) faith, we do ourselves no good.  For example —

And then there is the crying couple who discovered that their son, missing for months in Afghanistan, was released and is coming home.  “Our prayers brought our Son home safely from Afghanistan,” said the father.  Mom added, “Jesus saw the love in our hearts and rewarded our faith.  He gave us our baby back!”  Touching, sentimental, and as the commentator said, “a powerful testimony to the power of prayer!”  So, what about the hundreds of praying parents who receive word that their son of daughter is dead — killed in a senseless war while back home faithful people ask God’s protection and grace?  When you link the answer to prayer to one’s level of faithfulness, what are you implying about all those who don’t get their heart’s desire?  Is one person’s faith qualitatively different from hundreds of others?  When ten people pray for rain and ten people pray for sun, is it an automatic proof who God prefers when it does one or the other?  When one town prays the hurricane won’t hit them, is it an indictment of lack of faith on the town it does hit?  When a terrorist prays that the bullet they fire will hit with deadly accuracy and it hits and kills the young person praying fervently that they will not be hurt, does that mean the terrorist’s version of God is stronger than our version?  Prayer indeed is a comfort in time of distress and tragedy, but it is not some magical incantation that makes us somehow exempt from the uncertainties of life that plague everyone else.

The willingness to ascribe a supernatural cause to the unpleasantness of real life is widespread and has a long history.  I sat on an airplane with a thirty-something woman who told me that her “cancer occurred because I let Satan into my life.”  She went onto say that “cancer isn’t really a disease, but an outward manifestation of what you really are.  If you are a truly good person, you don’t get cancer.  Cancer is the darkness of sin when it takes over your life.”   There are so many things wrong with this worldview I don’t even know where to begin.  Every person who has ever had cancer got it because they are evil?  All the people who avoid it are good?  The key to beating cancer is to be good?  Where did she get this crazy idea from?  “My pastor,” she told me.  “She had cancer at a time when she was living in sin.  She renounced sin, prayed to God for forgiveness, and IMMEDIATELY,” she reported breathlessly, “her cancer went into remission!  I’m not there yet, but I am really trying to be good.”

Oh, yeah, and this guy — “My wealth came when I gave my life to Jesus and learned true prayer!” he enthuses.  “I began to pray holding money in my hands so that what I had would attract more!  The very first time I prayed this way, I held a ten-dollar bill.  That same day, I found a ten-dollar bill in a parking lot.  Now I have a dedicated prayer space in both my home and my office, and whenever I pray, I place my wallet — my cash, and credit cards, and check book — on the altar.  God has yet to refuse to bless me!”  Take that Joel Osteen!  Even he isn’t this blatant.  The “Prosperity Gospel” has all kinds of problems — too many to list here — but once again the implications are troubling:  good people get, bad people do not.  If you are wealthy, you are blessed of God.  If you are poor, or merely middle-class, you possess a sub-standard relationship with God.  Shame on you…

I feel sad when I encounter these kinds of “simple faith.”  I emphasize the simple, because they reflect a non-critical, non-rational, almost hysteric clinging to magic, where God is little more than a grand genie in the sky waiting to serve our every whim.  Many studies into people’s understanding and practice of prayer indicate that these are not isolated examples.  Millions of Christians hold this children’s Sunday school understanding of prayer.  They might hold Harry Potter in contempt, but they practice no less a Hogswartian approach to prayer as magical incantation than poor Harry and friends.

Readers of this blog know that I regularly raise the questions, “What is prayer?” and “What is prayer for?”  I truly believe these are not rhetorical or simple questions.  Prayer was a staple of the primitive and pre-modern roots of our faith, where myth, magic, and mystery ruled human understanding.  But times have changed.  Our spiritual understandings and practices cannot stay mired in archaic and unenlightened times.  I believe there is great power and benefit in prayer, but not as a metaphysical means to manipulate the physical.  I do believe in spirit and essence and energy, but not so much in magic and occult machinations.

Even our critics often denounce us — not because we believe in magic, but because our magic doesn’t work for them.  I remember reading an essay by Steven Weinberg, “A Designer Universe?”, where the main argument was there cannot be a God because of all the bad things that happen.  Abdicating all human responsibility for evil and illness, the essay basically says that a God that won’t do what we want him to is no good at all.  Only a God that responds to our every whim and absolves us of all responsibility for our actions is worthy of our belief.  Yeah, good luck with that…

Christianity in a consumeristic society is bound to be a compromised package at best.  We are a culture that wants all the benefits but with the fewest costs.  We want an easy faith that will take care of us, but that demands little.  Prayer as a discipline?  Not a big seller.  Prayer as metaphysical mail-order, no money down, no monthly payments?  Now you’re talking!