Beyond Label or Category 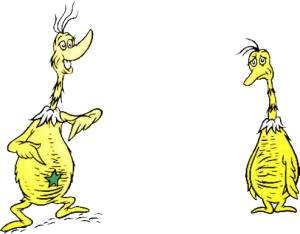 I sat with a table of clergy and laity leaders talking about reaching “young people.”  In frustration, I asked them to define for me who these “young people” are and what they are like.  It became apparent that the “young people” we want to reach are a generic, bland hash of upper-middle-class, calm, well-behaved “newer” versions of ourselves.  The expectation is that “young people” will either share, or quickly adopt, our values, that they will enjoy what we enjoy, think what we think, and not question or challenge the way things are.  Oh, and they will all nicely and cleanly fit simple categories — easy to label and control.  This conversation is a glimpse into a huge problem we face — trying to reach and relate to people we don’t know or understand at all.

A recent experience illustrates my point.  I stop most mornings at a local coffee shop — a gathering place for locals of every stripe and form.  Each day a core group of town regulars collect and others stop by to visit and chat for a few minutes, then move on.  One morning, a cute, perky, deeply dimpled blond woman — maybe 21 or 22 — dressed in shorts, a tank top, and carrying a pink Hello Kitty backpack bounced in and joined the group.  See chatted for a while and departed, and awhile later the whole group broke up and left.  When I prepared to leave, I noticed that the young woman had left her backpack.  I took it to the cashier and asked if he knew the woman, he said he did not, so I looked in the backpack for identification so we could contact her.  Here is a list of the contents of the backpack:

Okay, quick now — liberal or conservative?  Republican or Democrat?  Would this young woman be comfortable in your church?  Would she be welcome?  Does she “fit”?  Is she the kind of young adult we have in mind when we say we want more young people?  Is she “normal” in today’s world?  Trying to categorize or label this young woman is a fool’s errand — a total waste of time.  And if we think she is someone who needs fixing or we want to judge her based on one or two items from her backpack, we just need to understand we will never see her in any of our churches.  One woman responded to this story by saying, “Just what we need in the church, drunken sluts with guns!”  Jesus wept.

I have shared this story with four or five groups and those forty and older are flabbergasted (flabbergasted being a word used by forty and older people) while those under forty just smile and nod.  The older group struggles to “figure her out,” while the younger group merely shrugs and says she isn’t unusual.  I wonder how well many in our mainline churches understand what a “young person” really is?

It brings to mind an incident that happened years ago in one of my churches.  Two young guys were hanging out in the church parking lot.  Both were wearing baggy, dirty, ragged clothes, but one had dyed-black hair pulled into long spikes, tattoos on both arms and the back of one leg, and multiple piercings through ears, nose, lips, and eyebrow.  He had a belligerent demeanor.  Both had skateboards, and someone obviously thought they were up to no good, because the police showed up and began hassling them.  I came out to see if I could intervene (meddle) and I was surprised to find that the police officer was speaking disrespectfully and aggressively and the young men were both being very polite and humble.  I told the policeman that the boys weren’t doing anything wrong, and he left.  The young men thanked me, then said they had to run.  I asked where they were going and they told me they were going to work at the soup kitchen at the Episcopal church.  Turns out that they worked at the soup kitchen three days a week and that they each tutored a special needs child every Friday.  I asked if they attended the church where they worked and the pierced and tatted boy said, Nah, they don’t want us there on Sunday.  It makes too many people nervous.”

I think about that kid all the time, and while it was almost twenty years ago, I don’t think the church has become any more accepting in the intervening years.  I’ve shared the story of working with the street kids in the Bronx where for the first and only time in my life I heard the word “m****rf****r” used in a prayer.  I don’t know of more than one United Methodist Church where that kid would be welcome…  And yet, these are real people all seeking relationship with God and attempting to live their faith, so why wouldn’t the church be a place ready and able to receive them?  The purpose of the church is not to provide comfort, safety, and coddling to those who know God, but to equip the comfortable, safe and coddled to go out into a broken world to share God’s love with those who need it most.