The Latest Pewhaha: Faith in Flux

Like everything else in popular media, sensation sells when it comes to religion in the United States.  And also like the popular media, the product shared with the public is shaped to “make news.”  Good thing?  Bad thing? 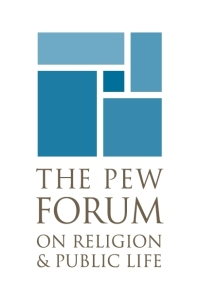 Doesn’t really matter.  What matters is, how do we cut through all the fluff to know what’s really going on?  Offering a variation on the old X-Files theme:  “The truth is in there.”  It just takes a little work to find it.  Take the new Pew report, Faith in Flux, for example.

People are joining and leaving churches at a prodigious rate.  There are more church-goers today than 10 years ago, but it represents a smaller percentage of the population.  There is the seemingly contradictory fact that there are both more believers and more non-believers than ever before.  Religious people are disappearing, while spiritual people proliferate.  A superficial analysis makes church leaders feel like we’re losing ground — and in the case of a particular denomination (like The UMC), we might be — when in fact there are more actively engaged Christian seekers/believers than ever before.  We have changed the way we define members and participants so often in the past thirty years that it is all but meaningless to compare 21st century stats to anything in the 20th century.  Also, the way we count has changed even more often.  Larger churches estimate (probably a lot of smaller churches do, as well) attendance, and even in churches that take an actual count, the numbers quoted by pastors, ushers, and “official” counters often vary greatly within a single congregation.  (I attended services three different times in one of our “hot” churches.  I counted an average of 1,100, the usher reported attendance to be 1,250, the pastor stated 1,500, and the reported average “on the books” for the year was 1,600 per week.  Reviewing video records of two dozen services, however, indicated an average 0f 1,171.  Which is the “official” stat?  Yep, that’s a problem…)

Surveys point to indicators, but they don’t “prove” anything, and the results are open to wide interpretation.  I always recommend going to sources and full reports instead of simply scanning the summaries and second hand articles.  There is more to every research project than gets summarized for popular consumption.  Always.  Sample sizes are important, and when a broad-based project covers a large number of different sub-groups, pay attention to the segment size.  Earlier surveys “indicated” trends, but upon a little deeper investigation, the UMC sample was not statistically significant, nor was it representative of the general make-up of the denomination.  This does not invalidate the findings, but it raises a large number of questions that must be answered before the data should be presented as real “information.”  (And then we often make a more serious error by presenting data indicators as “knowledge” when we really don’t “know” any such thing.)

One of the biggest changes I have witnessed in the past twenty years is the savvy with which people answer questions about faith and spirituality.  I looked at the responses to a question about “practicing the faith in which you were raised,” and note a high number of people who no longer believe what they did when they were children.  But it brings to mind a conversation I had a couple years back with a devout young man who prays and meditates daily, seeking deeper understanding and a sense of purpose for his life.  He was polled about his beliefs, and when he was asked if he believed in God, he responded, “Well, not the idea of a big white guy with a full white beard sitting in puffy white clouds passing judgment on everybody.  I believe there is something there, but I’m not sure what it is.”  The interviewer checked the “no” box.

I remember another survey that asked respondents about heaven.  The questions reflected a singular, narrow, conservative-evangelical vision of heaven influenced heavily by the descriptions found in the Book of Revelation.  When the report was published, it merely stated that “American Christians no longer believe strongly in heaven or hell.”  Almost every survey of Americans “belief in an afterlife,” indicates that people do wrestle with the idea, and that the majority hold a belief that there is something, but not necessarily with gilded streets or billows of brimstone.  What is asked, what is answered, and what is reported is often more art than science.

One of the fuzzy things in the latest Pew research is how people differentiate “drifting away from religion,” “drifting away from their faith,” and “drifting away from church,” in their own minds.  In the work I have done with unaffiliated Christian seekers, a large number would report that they left the church, have drifted from “religion” (as they define it) but are still actively practicing a form of their lifelong faith.  The majority of people think in terms of an “evolving” faith, rather than switching “brands” (like switching from Pepsi to Coke, or preferring Verizon to Sprint).  Surveys that treat religion like a commodity to exchange, or church like a franchise chain have already skewed the research before the first response is collected.

Having read the full report and the executive summary of the Pew report on Faith in Flux, I find that the numbers actually get in the way.  They give the impression that we “know” more than we do.  The real gift — the powerful message of this study — is that the individualistic and consumeristic values of the dominant culture in the United States dictates our faith the same way it does almost everything else.  American adults are fickle, easily bored, quickly distracted, and ready at a moment’s notice to ditch anything that isn’t delivering immediate satisfaction.  Drawing broad conclusions?  Yes, but no more broad than the report itself.

There is a lot of shifting going on.  This makes absolute sense in a society as mobile as ours.  People move, lose the ties to the people in their old community, and forge new ties.  If the people they forge ties with are active in church or synagogue, it is likely they will not drift away, but will stay involved.  But ties to church are as much tied to family and friends as it is intrinsically to faith.  When we leave family, we often leave church as well.  We’ve tracked the numbers for years in the UMC.  On average, we see almost one-third to two-fifths (33-40%) of our young people drift away from church within three years of their confirmation (unless there is a lot of parental and peer pressure).  We lose another 40% during college years.  UMCs are notoriously bad at long-distance ministry and providing programs and meaningful experiences for young adults.  For the UMC, the majority of our “drift away” from the church occurs before age 24.  After that, we find that there is little denominational loyalty.  People who find another church do so because they like the people, like the worship services, like the reputation of the church, or like the location — not primarily for the denominational theology and polity.  The Pew report does nothing to contradict this, and in fact confirms most of it.

In mainline Methodism, we know that we are a mixed bag of backgrounds, beliefs, and theological mindsets.  It is rare to encounter a church where the majority of participants are lifelong Methodists/EUBs.  The majority of our inactivemembers were confirmed UMC (then drifted away), but the majority of our newer, active members come from other faith communions.  This is one of the greatest challenges to maintaining a connectional identity — it is alien to a great number of our active members.

We do not hold a strong ecumenical sense.  Not long ago I heard a United Methodist pastor laughingly refer to the other churches in town as the “Looserans, Messpyterians, Smothering Baptists, and Moanin’ Catholics” — not terms of endearment and not helpful in stepping back and viewing the bigger ecumenical picture.  United Methodists should celebrate the fullChristian community in every setting.  Denominational ties are the focus and domain of the institutional preservation paradigm — which puts brother and sister congregations in direct competition with each other (a pathetic witness to our understanding of the body of Christ).  It is so refreshing to find the rare congregations where the leadership spends quality time with new visitors to discern their spiritual beliefs and theological perspectives, then steer them to the church in the community with the best fit for their ongoing development and nurture.  In many UMCs, we will take anyone, try to stuff them into our worldview, and then gripe when these folks don’t get with our program.  When the focus is on church membership we find ourselves in competition.  When the focus is on building the body of Christ, we find ourselves in cooperation and collaboration across denominational lines.  This is a powerful vision for the future that is all but ignored, and gets lost in the facts and figures of the Faith in Flux report.

Don’t get me wrong.  Pew does fantastic work, and the research is interesting and helpful — as long as we don’t misapply what we read.  With the explosion of religious, neo-religious, non-religious, and anti-religious options in the United States, the landscape gets really fuzzy.  Who is where and for what reason just isn’t clear.  What is clear is the dynamic, almost frenetic, movement happening at this point in time.  What people are looking for, how they understand religion, what church means to them, how they talk and think about God, metaphysical concepts, reality, and meaning are incredibly complex and important questions about which surveys can only scratch the surface.  This is a time of incredibly rich turmoil — not a time to despair, but a time of opportunity — to engage people in all walks of life with “the Big Questions.”  The hunger is there, but we may not be able to entice people into traditional setting in which to feed it.

Check out the Pew report (I recommend the full report, rather than the summary) share it with other leaders, then ask the “so what?” questions:  What does this mean to us?  What other questions does it raise that would be valuable and helpful to answer?  What can we do with this information?  How can we improve because of what we’re learning?