One of my best friends growing up played tennis once a month and could never understand why he didn’t get any better.  He would compete against opponents who played four or five times a week, and it drove him crazy that he couldn’t beat them.  The idea of practice and commitment wasn’t on his radar screen.  He wanted to be good simply because he wanted to be good.

I knew another guy who canoodled around on guitar for 15 minutes a day –having had no formal training and never doing more than copy simple guitar riffs off his favorite albums — who “desperately” wanted to be in a band.  He auditioned weekly, but always came away disappointed.  Nobody wanted him, and he just couldn’t understand why not.

It is endemic to our society to want quick, painless, easy success.  We are a McDonald’s, Wal-Mart, Disney, i-Phone, TiVo dominated culture where we seek the biggest return for the smallest investment.  This is how we are generally viewed internationally.  A decade ago I was in Israel, and I met a man named Ohad, who was a third-generation body healer, dealing mainly in touch and homeopathic therapies.  During our conversation he said,

You know what drives me crazy about you Westerners?  I will tell you.  You think you can attend a three day retreat and be an expert.  My grandfather apprenticed in his healing arts for thirteen years, and it took another twenty years before he was considered a ‘master.’  My father apprenticed with him for a dozen years, then took another dozen to become a ‘master.’  I began working with my father when I was eleven.  I am just now forty and I am just now considered a ‘master.’  In your country, people go to a three day retreat or a six session training on Reiki (a Japanese energy healing ritual based in fasting, meditation, prayer, and touch) and they get a certificate saying they are a ‘master.’  You cheapen every spiritual vocation that way.

In my own experience, I can confess feeling the same kind of thing.  I spent two intensive years training in the art and practice of spiritual direction — in San Francisco and New York.  It was a rigorous experience — more intensive than college in many respects — with stringent protocols (a spiritual director must be receiving direction him- or herself, a director should take on no more than one or two people at one time, spiritual directors must never charge payment or receive gifts from the people they work with, etc.).  Even at the end of two years, over half the people in the program were denied certification because it was discerned they lacked certain necessary skills, gifts, or attributes.  I can’t tell you how annoying I find it to see people hang out a shingle as a “spiritual director” because they attended a retreat once and decided it was something they would like to do!  Which is not to say they might not have the gifts and calling to do it.  They might be great, but it is somewhat galling to see people take a shortcut to ‘mastery.’

I see the same situations occurring in the church — especially at the Annual Conference level.  In my own annual conference a few year’s ago, someone decided we should have “discerning moments” built into the agenda as “order of the day” items.  We dutifully stopped whatever we were doing, sat in silence for a few minutes, then the bishop — or a bishop designee — would offer a prayer, and we would move on.  The overall reaction on the part of the conference body was, “What the hell was that?”  We are not a church well trained in silence, meditation, discernment, and even prayer.  It was like being handed a musical instrument and being told to play it, with very similar results — we played it, but not very well.

The pop-fad in the church right now is Christian Conference (or Holy conversation, or holy conferencing, or another variation on the theme).  In former times, holy conversation was a normal part of the life of Methodist faith communities.  The intensive periods of silence, the structured conversation, the prayer, the confession — all were very familiar to regular participants.  Today, we have people going to three day training workshops on holy conferencing who become our ‘experts’ to lead uninitiated, untrained people in spotty exercises.  It really doesn’t matter that we engage in these activities with good intentions.  What kinds of results do we truly expect from this?

Another favorite of mine personally is walking the labyrinth.  Labyrinths predate the Greeks, and the current craze of ‘walking the labyrinth’ comes not from Christian tradition, but from Sufi Muslim tradition.  Historically, it was an incredibly demanding discipline of those dedicating their lives to God.  The walk took hours and sometimes days, and during the continuous movement into the center and out to the edge, there was total silence (no sweet new age music playing gently in the background).  The supplicant prayed or chanted continuously, fasting for the entire walk.  Most would walk until they fell or until they experienced visions.  As with many modern revivals of ancient practices, we have lifted the positive and enjoyable aspects, ignoring the difficult and demanding.  Walking the labyrinth is almost a game in its modern incarnation — like riding a bike or going to the park.  Anyone can do it, any time they want.  We do it because it is a pleasant experience, and there is no doubt some find it meaningful.  But transformative? 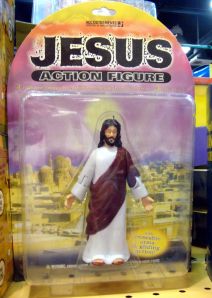 For the most part, the modern Protestant church offers few, if any, total immersion experiences aimed at providing mastery of any spiritual disciplines.  Honestly, few modern-day Christians are interested in such intensive experiences, but there are some and they are left pretty much to their own devices if they want to engage in them.  However, it raises an interesting question:  is it possible to experience true transformation, and even to be agents of transformation, if we remain at a surface level of engagement?

Most Methodists would balk at even the rigors of John Wesley’s instructions on personal piety and the practice of the means of grace in Christian community.  His instructions were anything but onerous in their day, but they are perceived as stifling and unrealistic to modern-day church goers.  Our contemporary tendency to “dabble” — to ‘do’ discernment and holy conferencing on an occasional basis without adequate preparation, training, and practice — cannot possibly bring about transformation.  Fasting and meditation — favorite components of occasional retreats and programs — have no real power to bring lasting change the way we do them.  No one would expect good results from dieting or exercising once a year, so what do we think the lasting benefit of a once-a-year fast will be?  Research shows that we’re not really dedicated to praying, reading the Bible, and that participation in spiritual formation experiences is sporadic at best for the majority of our church members.  This is not to say that there isn’t benefit in these activities.  People who play tennis occasionally, putter in a garden, play a musical instrument, etc., gain great personal satisfaction from such hobbies.  Enjoyment is not to be dismissed, nor are the benefits such enjoyment brings.

I’m going to be criticized — as I usually am — for ‘making the faith too hard.’  I would remind everyone that I’m not making this up.  There is a long history and tradition for this perspective.  Everyone has the right to pray as they choose, read the scripture as they will, worship when they want to, and decide for themselves the level of involvement they prefer.  This is all true.  What is also true is that we need to be realistic about our expectations and not assume we will get back more than we’re willing to put in.  The concert pianist gets the results she does because of the preparation, sacrifice, and dedication she invests.  The superstar athlete, top surgeon, expert mountain-climber, etc., got where they were through effort.  They can expect expert results because of expert commitment.  Those who don’t put in the time, the effort, the energy, and the heart shouldn’t expect (or claim) mastery.  Life doesn’t work that way.  Neither does faith.

Our churches have the opportunity — and now the missional mandate — to be centers where people are equipped to transform the world.  Not everyone is going to be interested — in fact, most will not.  But somehow, somewhere, we need to find capacity in our system to train people toward mastery in prayer, contemplation, discernment, service, compassion, justice, care-giving, mercy, and leadership.  An amateur church will only produce amateur results — and amateur results can be just fine, but they will not be good enough to transform the world.  So, let’s continue to dabble and produce random acts of kindness, but let us also work seriously and sacrificially to immerse ourselves in the kinds of practices that produce specific and systemic acts of transformation.