A couple weeks ago I posted a blog called Cranky Christians, so this, I guess could be considered a companion piece.  Whereas cranky Christians are those who gripe and moan about every little thing, throwing tantrums to get their own way, and acting out in a wide variety of unpleasant ways, cagey Christians employ much more subtle — but 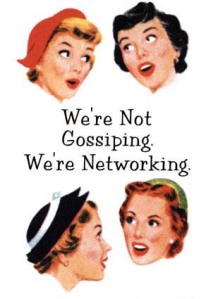 no less destructive — tactics.  Cagey Christians (what a friend of mine call Wesley’s Weasels) tend to be faithful attenders, committed leaders (though committed to what is in question…), and appear to be positive supporters.  But appearances can be deceiving.  These folks, in big and small ways, create disharmony and doubt, undermining trust and compromising the integrity of relationships within the church.

What are some behaviors of cagey Christians?

The Old End Run — when I did my research with district superintendents and bishops a few years ago, one common complaint I heard was the almost constant flow of letters, emails, and phone calls from disgruntled tattletales in church leadership (and membership) across the denomination.  Most indicated a power play where one side wanted to get the clout of the church hierarchy on its side early.  Often, the authors of these messages had not bothered to go to the offending party directly or to the SPRC — they simply mounted their forces and stormed the district or conference office.  Usually, this behavior backfires, because most of our cabinets respond most positively to those who use the system rather than ignore it.  Direct contact from cagey Christians raises all kinds of warning flags.  Generally, competent leaders are not tattletales.

Political Posturing — generally, competent leaders are not liars, either.  But the most prevalent form of clergy caginess appears to be deception, duplicity, and downright dishonesty.  “I tell the problem children anything I can to get them out of my office and off my phone,” one harried pastor confessed.  “Don’t like the noise the kids are making?  We’ll deal with it.  Hate the drums in the sanctuary?  We’ll see what we can do.  The grape juice tasted funny at communion?  I’ll get right on that!  I don’t have time for this crap.  It is much easier to agree with them, promise to take care of it, then get back to the work that really matters.”  I can sympathize with this attitude, but it has long term consequences.  When you can’t trust people with the little things, you won’t trust them with the big things.  When you develop a reputation of not following through or not being dependable, it haunts you.  When people feel they can’t trust what comes out of your mouth, why should they listen when you preach?  Good cagey makes for bad clergy.

Killing with Kindness — a few years ago I offered conflict services to a small church in chaos.  One of the key players in the mess was a sweet, pious, 75-year-old matriarch who never said an unkind or untrue word in her life.  Some of what she did say was:

“our pastor looks so tired these days.  You don’t suppose he’s seriously ill or having trouble at home?”

“we need to do better outreach.  I saw the pastor from the downtown church and he was having lunch with some nice looking young woman who just moved to town.  I see him out to lunch with women all the time.”

“I have a prayer concern.  I just learned that so-and-so’s son is wrapped up in drugs and crime, and that’s why they stopped coming to church.”

“It’s so good to have “Tom” join the finance committee.  I remember when he was a boy he got caught stealing a car to go joy riding.  I can’t remember if that was before of after he got in trouble for breaking into the school.  He always has been a rascal.”

Parking Lot Plot — cagey Christians do the “real” work of the church in the parking lot, at the diner, one-on-one on the phone — anywhere but in officially sanctioned meetings.  In all three churches I have served I encountered some form of this cagey collusion.  During meetings, the votes taken were generally unanimous.  After I shut out the lights and headed to my car, I would encounter a knot of leaders, and the conversation would begin something like this:  “hey, pastor, we’ve been talking about the idea, and we’ve decided not to support it.  We weren’t really for it to begin with, but now that we’ve had time to talk it out, we’re dead set against it.”  A less overt form was the individual — let’s call him Mike — who enthusiastically supported an idea in the meeting, but I would come to find out over the next few days that Mike was telling everyone, “yeah, we voted to do such-and-such, but I never thought it was a good idea.”  And if Mike was on the losing side of a vote, there was no way in hell or heaven he would support the majority rule.  He would spread like a virus throughout the congregation drumming up resistance.  When next we would meet face-to-face, he would be all smiles and if I asked him about what I was hearing he would assure me he was still “on board.”

Manipulationship — I came to one church to find that the same committed woman served as secretary on almost every committee, board, team, task force, council, and cadre within the church.  Her willingness to do a job that no one else wanted made her a sort of hero/saint within the congregation.  She did it willingly, she did it joyfully, she did it faithfully… and she did it cagily.  When I began reading her minutes of the meetings, I picked up on the fact that what was on paper was a subtle but significant deviation from what occurred in the meeting.  Mostly, the minutes contained the secretary’s subtle (and not so subtle) editorializations on decisions made.  For example:

Anyone not present at these meetings would get a very different picture just by reading the minutes.  The entire story and record of the congregation was being rewritten from this one woman’s perspective — a story rife with disapproval, disappointment and failure.

Spreading the Gossipel — we may struggle to get our church folks spreading the “good news,” but give them a juicy tidbit of bad news?  Man!  It spreads like wildfire!  We can’t wait to dish dirt in the church — and often couched in the

happy, friendly guise of the “prayer request.”  The interesting thing about gossip is that the gossiper isn’t the real problem, but the gossipee.  Gossip goes absolutely nowhere unless someone listens to it.  The key to ending gossip is not to chastise those who do it, but to help those who listen to it not listen to it.  This is effective, and it’s fun.  There is no animal sillier than a gossip that no one listens to.  Their eyes get big, they get pale, they get jittery… and finally they either stop or they go away.  In one church I served, we made a behavioral covenant where we named explicitly “gossip” as one behavior we would not tolerate, promising that whenever someone engaged in gossip, we would remind them of the covenant and tell them we simply would not listen to rumors.  One woman sat silently, shaking with rage throughout the discussion, refused to sign the covenant, and never returned to the church.  She attended a church about five miles away, and one day I got a call from the pastor.  He said, “Thanks a lot for Mrs. X.  I have half a mind to send you Mr. Y.  He’s a total jerk.  At least then we’d be even.”

The key to any and all of these situations is to “just say no.”  As with all forms of bad behavior, there is a fairly simple (but NOT easy) formula to follow:

When bad behavior occurs, someone needs to challenge it — and this should not fall exclusively to the pastor (especially if the bad behavior is on the part of the pastor…).  Groups, leadership teams, and whole congregations should have open, explicit conversations about acceptable and unacceptable behaviors.  As consensus grows about what will be tolerated and supported and what will not, everyone has responsibility to hold each other accountable.  There should be clear expectations for redress — what actions or change need to take place — and every bit as clear consequences for those who continue in their bad behavior.  The reason people engage in bad behavior is because they get away with it.  When a whole group or community agrees on what is acceptable, what isn’t, what steps will be taken to solve the problem, and what will happen if the problem continues, an individual will find it very difficult to just keep on doing their own thing.