Something happened a few days ago that keeps pestering me.  I made a presentation where I praised the work of a colleague and after the event 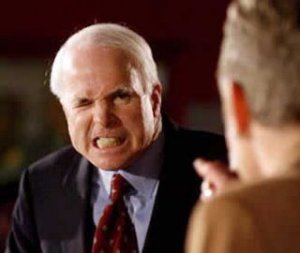 ended a gentleman came up to me and said, “What you said lacked credibility.”  Upon further conversation, I discovered that I didn’t lack credibility because I was dishonest or told an untruth, but simply because I disagreed with what this person thought.  Truth, in this case, was what he thought, and credibility required that I say only things he agreed with.  This presents a critical challenge in our churches today — the inability to separate and distinguish truth from opinion.

Most of us have been trained to oppose rather than to critically analyze. When a person merely opposes, it generally indicates that he or she has some vested interest  to protect, not a deep desire to reach agreement or understanding.  Critical analysis indicates interest in fairness and mutual respect, not just winning or being right.  Critical analysis treats individual perspectives equally, honoring the right of the person to their opinion.  And opinion is at the heart of all disagreements — what we believe to be true.  Each of us honors some information more than other information — for example, right to life or right to choose.  There is an overwhelming abundance of information that people on each side of this debate draw on to form their positions.  Every person forms a belief structured on a composite body of facts, ideas, information, emotions, experience, and other influences.  For many people, their personal belief forms a kind of truth for them, but a problem arises when individual truth is then forcibly applied to others.  Differing opinions produce productive tension — as long as we recognize that we are discussing beliefs we can accept that differences are normal and natural.  Unfortunately, when we frame our differences in terms of “truth” then we create an untenable situation where one side must be “right,” and by extension, any differing side is “wrong.”  Casting differences of opinion into the realm of absolute truth is asking for trouble.

But surely there are “absolute truths.”  ‘Stabbing yourself in the eye is a bad idea’ isn’t really an opinion.  ‘Eating poison will make you sick or kill you’ isn’t an opinion.  ‘Drinking copious amounts of alcohol will make you drunk’ isn’t debatable.  But all of these things fall into that wonderful category of scientific proof.  Experiments will “prove” the “truth” of each statement.  Now, we may believe in our deepest soul that Jesus Christ is the one true Son of God and that no other faith is acceptable, but honesty requires that we condition any statement of truth with “I believe…”  We may think we “know” due to the depth of our faith, but there is nothing universal or verifiable about our personal opinion.

Now, saying something is a belief or an opinion in no way implies that something isn’t true.  First, it is true for the believer, or that person wouldn’t believe it.  No one intentionally commits to something they think is false.  One of the most compelling arguments — in my opinion — of the veracity of the claim to Jesus the Christ’s divinity is the fact that Jesus’ followers gave their lives for what they believed was true.  Passionately defending that which we believe is important, but it is as important to do it well and kindly as it is to do it forcefully.

A few years ago I wrote some curriculum for the General Board of Discipleship on the evolution-creation debate.  In that study I included three short pieces that I include here:

From Debate to Dialogue: How to Disagree Well

Just like the four points of the compass, some different views of reality can never be reconciled.  This does not mean that people holding contradictory beliefs cannot learn from one another, grow together, and speak with respect and kind regard.  The greatest challenge we face in debate is when people on opposite sides of an issue resort to insults, put-downs, and humiliation.  Debates result in winners and losers, while dialogue offers the potential for deeper understanding and growth of both mind and spirit.

Think Theologically: The Difference Between Truth and Opinion

“We believe…” Two incredibly powerful words that allow us to explore almost any idea in an open and respectful way.  What we believe shapes our thinking and defines our worldview.  Often, what we believe is so important that we speak the strength of our convictions by saying “I know!”  But much of what we “know” is more accurately what we “believe,” and our ability to engage in true Christian conversation depends on our ability to tell one from the other.  As God’s own people, we have a wonderful opportunity to teach by example a better way to disagree and to seek loving ways to settle our differences.

A Prayer and Meditation Guide for “Seekers After Truth”

Individually or in group settings, you are invited to open your heart and mind in silence for deep reflection.  For Christian believers, this is a time to encounter God’s Spirit in the silence.  For non-believers, this is an introspective time for centering and calming.  Whether the prayer is to God or the instruction is to the self, repeat these phrases in silence as you prepare to explore your beliefs and opinions in dialogue.

Let me listen carefully, with an open mind and heart.

Let me speak with consideration and respect.

Let me strive to understand even when I disagree.

Let my words and my actions accurately reflect my deepest values.  Amen.