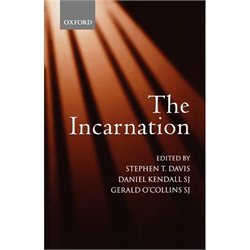 Happy Lent.  An odd wish, a contradiction in terms, a not-so-subtle missing the point, but then we all know the story ends with bunnies and chickies and chocolate, so we shouldn’t get too excited.  Our church is way too quick to get to Easter.  Forty days in the wilderness, Maundy Thursday, “Good” Friday, and the black Saturday to follow — not so much fun, not so appealing.  Yet, the journey of the Christ in human Jesus form is the backbone of the story.  Sure, it leads to resurrection, but it begins in the incarnation of God in human form, and we don’t dare skip the messy part for the glory part.

I am an “incarnation” kind of guy, more than a “resurrection” type.  Oh, don’t get me wrong — I LIKE the resurrection, but I see it as a means to an end rather than an end in itself.  God was/is incarnate in Jesus, who was resurrected, that the Holy Spirit might infuse and inform the church to be the incarnate body of Christ for the world.  Incarnation, for me, is the whole point.  I love the implications of an ecclesial incarnation beyond the Christological incarnation — the human Jesus died that the risen Christ might live in and through the church.  Cool.

Yet, I wrestle with how well we are allowing the Holy Spirit to empower the body of Christ.  I spend so much time in churches, but I experience so little incarnation.  I encounter compartmentalization, fragmentation, irritation, frustration, and occasionally inspiration.  I always find a handful of people “on fire” for God, but I see a whole lot more people “put out” instead.  Part of the problem is that we don’t teach incarnation in the church.  We talk about Jesus, but we don’t accept the job of being Jesus.  When Jesus told his disciples that they would do even greater works than he had done, I think he meant it. (John 14)  I’m not sure what outward and visible signs we United Methodists could point to that would make him believe we took him seriously. 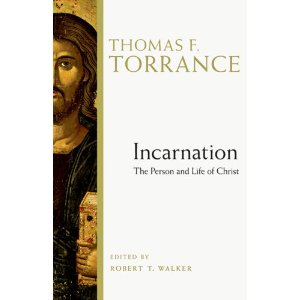 When I was growing up, we always talked about “giving something up” for Lent — chocolate, sodas, sugar, pizza… you know, the really important stuff.  Beginning in college, I regularly fasted during Lent.  All about sacrifice, all about doing without.  As an adult, though, I read the temptation story of Jesus in the wilderness in a different light.  The focus isn’t on his forty day fast or sacrifice; it is on the fact that whenever he was faced with a choice, he chose God.  This was a perfecting event in Jesus’ life.  We need similar perfecting moments in our own lives — moments when we actively decide to put God first and to live as the incarnate Christ in the world, governed by grace, mercy, compassion, justice, holiness, peace, kindness, humility and self-control (and the other fruits as well — can you name them?  Love, joy, patience, gentleness, generosity, and faithfulness.  See?  I can do it…)  To feed the hungry, house the homeless, clothe the naked, visit the ill and imprisoned — these are the things a Christ-incarnate body will choose to do.

This Lent, my goal is not to “give up” anything, but to give instead — to give my head and heart to being more like the Christ I feel God is calling me to be.  With my community of faith, I want to work to discern the will of God for our congregation, that in some small way we might come to live more fully as the incarnation of Christ for the world.  I actually think this might be the path to a “happy Lent.”