The Defining Power of Our Anger 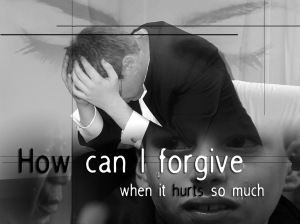 It has been an Old Testament couple of days.  We finally eye-for-an-eyed/tooth-for-a-toothed Osama Bin Laden, and it has been remarkable to see the wide array of reactions.  Vengeance, joy, relief, sorrow, anger — and the ringing proclamation “justice has been served.”  But whose justice?  Justice is about balancing the scales, and I’m not feeling balanced.  Revenge is a fairly empty and superficial form of justice.  We personified evil in the person of Bin Laden, but he was a pawn in a system of destruction and devastation.  With him dead, what has really changed?  Is the world safer?  Are we better off?  Has our moral superiority been reinforced by his killing?  Before I get my head handed to me for my lack of patriotism, I confess my own conflict — I was glad to know he was caught.  Killing him wasn’t a value either way for me — I don’t think retribution solves anything and is therefore a waste of time.  But having to accept consequences for our actions?  I’m all over that.  I wish it happened more often.  If our world ever totters over the brink, it will be due to lack of accountability more than anything else.  No, I am fine with bringing Bin Laden’s reign of terror to an end, but I am puzzled by our sense of closure.  There has been a strong “two wrongs DO make a right” feeling to many of the responses and reports.  It feels like we, as a culture, have been defined by our anger for almost a decade.

There are many positive American values to celebrate, yet they are easy to lose in the shadow of our darker instincts.  We are kind and generous people… until we’re not.  We are open and welcoming… except where we’re not.  We are a civil and sophisticated people… except where we’re not.  And no matter how nobly we might perform in times of crisis, we hold onto any and all slights and indignities and we want payback.  Perhaps the media is keying in on the more extreme reactions, but in our middle-Wisconsin market, men and women on the street have overwhelmingly reacted to the news of Bin Laden’s death with anger, hate, glee and contempt — not a pretty picture.  And does being a Christian make a difference?  Not to some.  I listened to a group of men from a Bible study group share their opinions about Bin Laden at the coffee shop this morning.  Beyond the individual, these four gentlemen used racial and ethnic slurs, foul language, and sweeping generalizations to celebrate his “just desserts.”  A young mother, holding her toddler son, looked into the camera and shaking with tears wished catastrophe and death to whole countries — some unrelated to Bin Laden and Al Qaeda altogether.  A few remain confused about the relationship between Bin Laden and Iraq, conflating their misperceptions with their desires for revenge.  I sit and wonder, “what good is this doing us?”

Some defend that anger is natural and cannot be controlled.  Generally, these are people who get angry and have no desire to do anything about it.  The common refrain, “he/she makes me SO mad,” indicates our total abdication for our own anger.  In my lifetime, I cannot think of anyone who forced me to be angry — it is always my choice.  I own it.  Things that roll off other people without a ripple can cause me to lose it completely.  Whose fault is that?  I get angry essentially for one, and only one, reason: I don’t get what I want.  Anger is the blessed child of selfishness (even righteous anger on behalf of another).  Follow me here a minute.

I believe it is a mandate of scripture that we care for the poor and marginalized.  You disagree with me.  Fine.  But then you label my interpretation as “bleeding heart liberal.”  I begin to get irritated.  Why?  Not because you don’t have the right to your opinion, but because I feel insulted.  I feel put down.  I feel disagreed with and dismissed.  It is all about me, so I get mad.  You proceed to state as fact that poor people get exactly what they deserve.  I get angrier.  Because I truly champion unidentified masses?  No, I dislike sweeping generalizations that contradict my own sweeping generalizations, and I feel judged.  Why?  You haven’t judged me.  No, I am insecure in my own inconsistencies and know in my heart that for all my “principles” I am not always living them.  I have to encounter my own hypocrisy for any and all times that I dismiss someone for “getting what they deserve.”  I don’t like having the mirror held up, so I get mad.  I justify myself by projecting intention — you must be a racist or a sexist or a homophobe or a redneck or some other equally insulting, dismissive and unfair epithet.  I am better than you and you insult me by not acknowledging it.  What’s wrong with you?  Nope.  What’s wrong with me?  In what universe do I win only at the expense of you losing?  How does my anger resolve anything and provide us a foundation from which to build.  At the very far extreme, I should simply have the wisdom to know that you and I will never agree, but to get mad, to become aggressive, to “get even?”  How can this possibly end well?

Let not the sun go down on your anger.  Own it.  Anger belongs to the one who bears it.  It is a wake-up call that something somewhere isn’t right.  If I am mad, I am not getting what I want or think I deserve.  If you’re mad, it is probably the same thing.  If we are ever going to become more Christlike in this life, we must own our anger instead of letting our anger own us.  It isn’t the anger that is the problem, but the abdication of responsibility for our response.  I saw the contrast in stark relief last week in a Target store.  I watched a young mother with two over-tired children who were mis-behaving.  She patiently got down on their level and explained to them that she was as unhappy with them as they were with her.  She bargained, “How much longer will you give me to wrap up my shopping so we can go home?”  The two considered and talked to each other before offering 15 more minutes.  She thanked them and they settled in to make the best of their bargain.  It was obvious throughout the exchange that the mom was upset and at the end of her tether, but she held her emotions in check and created space for compromise.  A few moments later I encountered another cranky kid and a harried mom (it was Target, after all).  The mother was smoldering and the kid had lit her fuse.  With virtually no warning, the mom yanked her son off the floor by one arm and started swinging at him.  He was terrified, she was out of control, and any kind of meeting of the minds was out of the question.  Anger is anger.  How we engage it is up to us.  Anger is natural; our response is not.  We decide how we will act and react.

In my mind, there is no question what the Christian response should be: we hold people accountable for their actions without violence, spite, vengeance, or hostility.  (Feel free to disagree with me.  I won’t get mad.  I promise.)  Anything less simply perpetuates the negative spiral, allowing our anger to define us rather than our faith and the love of God.  Killing our enemies in Christian love is a sad and sickening goal.  We cannot claim the benefits of redemption then constantly refuse to offer it to those we don’t like or who have hurt us.  Was it right and fair and just for Americans to be angry about the terrorist attacks on September 11, 2001?  Of course.  The question a decade later (for me) is this: where is our healing?  The anger, revenge, and glee so many Americans express are outward and visible signs that grace, mercy, forgiveness and love of God haven’t been allowed to work on us.  And that is sad.  We don’t offer any kind of counter-cultural witness to God’s holy kin-dom when we resemble more closely a Jerry Springer audience than a congregation of the faithful.  I spent time last night reflecting on this single question about Osama Bin Laden:  “We caught him, we killed him, now, can we forgive him?”