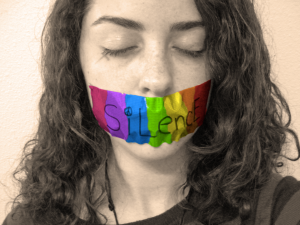 Okay, here’s an idea.  We keep paying lip service to our commitment to young leadership and the need to attract and receive more young people into the church.  So, for the remainder of General Conference I propose we take two votes on major issues: first, we take the vote of all delegates 40 years of age and under; second, we take the vote of the remainder of the delegates.  Of course, we would use the combined total for our decisions, but we would have a comparison to see where the heart, soul and mind of our young adults are in relation to the older church (that significantly outnumbers them).  This would be an outward and visible sign that we are serious about listening to our younger leaders.  It would also be a clear indicator of our willingness to change versus our desire to maintain the status quo.  Are we brave enough to try such a radical departure from “the way we’ve always done it before?”  It would certainly be a leap of faith.  Do we trust each other enough to see what kind of church our younger leaders would create?  I’m not so sure…

We are working awfully hard to make the church “safe” for those already inside it.  It appears that for the next four years, no risks will be taken, no challenge to comfort or security will be issued (except in the case of guaranteed appointments), and no one who isn’t like us will be welcome.  We are voting down most of the significant changes and we are reconfirming who we do not want in the church, what we can do to keep them away, and what we will do to them if they dare to infiltrate our ranks.  We have dealt with our faith in the most abstract terms — love is a nice, fuzzy feeling, but outward and visible signs of such must pass by a two-thirds majority, and so are defeated.

I was walking past a group of younger adults who were lamenting the decisions being made about who is acceptable and who isn’t in our church.  This was the first echo of truly ‘Holy Conversation’ I have heard this week.  They were discussing a very pointed question: “who would we be willing to die for?”  One young man was saying that it didn’t matter whether we want gay people in the church or not, but what really mattered was whether we would put our life on the line to save a gay person.  If we would die for a gay person, why wouldn’t we let a gay person teach or preach or institute communion?  Set aside your personal opinion for a moment.  Look past the content of the question to the underlying premise: a gay person is a person.  If he is a sinner, he is a sinner just like all the rest.  If she is a Christian or not is irrelevant — God sent Jesus for precisely such as these (and us).  To be like Jesus means to live the WWJD question.  One young man reflected, “if people we are called to die for aren’t welcome in the church then neither am I.”

A young woman affirmed the same basic thought.  “Some guy got up and said people who haven’t accepted Christ aren’t children of God.  Is that true?  Is that what The Methodist Church teaches?  If so, this is no church for me.”  We keep talking about attracting younger people, but younger people are grossly turned off by our intolerance, our exclusion, and our hypocrisy.  For the young, judging and ostracizing is as great as any sexual sin.  We will continue to lose whole generations based on our hostility to men and women whom God loves.

But moral issues tied to our naughty bits is too easy a target.  Immigration, violence against the poor and helpless, the second-class treatment of laity, and the tokenism offered to young leadership are all part of the larger picture.  The response to my post last night on the cheapening of discipleship struck a real chord with young delegates at General Conference.  I met seven young people who sought me out today to thank me for lifting up one of the things they most dislike about The United Methodist Church — that “faith” is about beliefs and thinking good thoughts, not about actions and commitment.  “People are looking for Christianity to be easy and to make them feel good,” one guy told me, “but Jesus was very clear that people looking for an easy way should look elsewhere.”

A young woman confessed some deep disappointment.  “When I got elected (to GC) I was so excited.  I thought ‘I can actually be part of the process to make a difference!’  I have been preparing for this for months.  I came ready to work on fixing lots that’s not working in the church.  But nothing I say or do makes any difference.  I have to go back and tell my friends that nothing really important to them is going to change.  I even have been really disappointed by the young people on stage, like the guys from that Spark thing.  They’re more like old people in young people’s bodies.  I don’t sound anything like that and I don’t want to.  I can’t remember being this depressed in a long time.”

So, we have a window to address the disillusionment — not of those who have left the church, but of those still in it.  Would we have the courage to see how they might vote on the key issues of our denomination?  I’m betting not, but man would I love to be proven wrong.

Wednesday morning update and reality check.  I have only been at conference 20 minutes and I have been stopped by two dozen people — all older — telling me what a dumb idea this is.  It seems (in the minds of many) that young people lack experience, wisdom, knowledge, and judgement.  They are naive, overly emotional, and they don’t think through the implications of their decisions.  What I have heard (from most) is that we cannot trust them to make good decisions for the whole church.  Now, note that I never said we should let them decide — just that we should segregate the vote to better understand where they are coming from.  Also, note the fear and lack of trust that younger people might see things differently…