To Rainbow or Not To Rainbow… 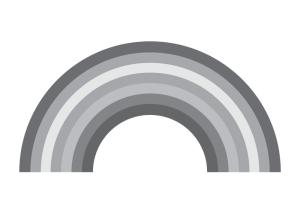 T) nonviolent demonstration at GC.  Here is proof positive that non-violence can still be disruptive.  Whether it was effective is another matter.  As for me, I donned a rainbow stole this morning for a while… then I took it off.  I am so frustrated that this artificial polarization allows a sympathetic moderate no place to stand (or fall).  I have long spoken out against making this “the homosexual issue” because it is a fallacious reduction of our relationship to our gay and lesbian brothers and sisters.  A core question being, are they Christian brothers and sisters, or are we, as a denomination actually claiming they cannot be Christian if they are gay/lesbian?  And compounding this tragedy?  We think we can settle this “issue” by voting on it!  Making the reality of men and women with a gay/lesbian predisposition a legislative contention is self-defeating — and it leads to the kinds of protests being lodged at GC today.

Don’t expect great wisdom here.  This is nothing more than the opinion of a middle-aged straight white male.  My credentials for entering this discussion are sketchy.  I am a flawed human being — that is all that qualifies me.  The fundamental (is this a good word to use at this time?) point for me is that we stray into treacherous waters any time we start treating people as categories or groups.  Everyone is hurt when the discussion is about the worth and acceptability of a particular group of human beings.  The question, “should gays be ordained?” is an unanswerable question for me.  Why?  Because I am sure not all gays should be ordained any more than I believe all straight people would make good pastors.  Well, what about “the sin” issue?  Well, I don’t believe “homosexuality” as an individual act or orientation IS a sin.  Yes, the Bible says it is, but the Bible says a lot of things that we have learned aren’t precisely true.  If the Levitical authors and Paul knew what we know of biology, ethics, and genetics, it might never have been an issue in a premodern and primitive society.  In context, homosexuality was a sin against the community’s need to multiply in order to spread, grow and conquer.  It was not a moral issue in the light we interpret today.  But beyond that, I don’t know “homosexuals.”  I know people who happen to be gay or straight.  I like most of them, try to love all of them, and have problems with a few of them.  The clergy colleagues I know who are gay or lesbian are average to great pastoral leaders.  But their propensities do not impact their leadership in negative ways.

The stress and strain of today is wanting to stand in solidarity with people who are people unjustly treated, unfairly persecuted, and harmed — while at the same time wanting to support and serve this church I truly love.  Do I hate that my church is the source of hostility and hurt?  You betcha.  So, in empathy with the hostile, hateful, and misinformed words being spoken this morning, I donned my Technicolor stole.  But on my way out, I heard equally hostile and unkind words being spoken by gay and lesbian people aimed at religious conservatives and central conference delegates.  Instead of the rainbow being a symbol of positive solidarity, it has become a badge of division, drawing a line to clearly delineate who is “us” and who is “them.”  Now, I can’t control another person’s reaction; I can only take responsibility for my own choices.  And I choose not to drive wedges between the very people I want to see reconciled.  If I wear a rainbow, I am drawn into an “us/them” division created by other people.  If I choose not to wear a stole, I am not endorsing either posture, but remain committed to my gay and lesbian brothers and sisters while not causing offense to those who think and feel differently than I do.  Paul says something about not giving offense, I think.  I will not respond to the hostile and unkind acts and words of others with unkind acts and words of my own.

The rainbow is a glorious sign of promise — God will never wipe out humankind through flood.  It is a sign of hope, but it should not be a sign of hope for some and not for all.  This is where I come down — we need signs of hope for all.  We have a church that is communicating a gospel that says, “this is not for you — our perception of your sin makes you unfit for Christ’s love and God’s mercy.”  This is unacceptable.  I cannot believe that God ever intended followers of Christ to commit so much time and energy to keeping people out, pushing people away, and shaming their sisters and brothers.  I have been proud of our Episcopal leaders — they repeatedly state that our United Methodist theology defines ALL people on earth as children of God.  By God’s grace, may we outgrow our fervor for child abuse, and instead create a church of justice, mercy, compassion, kindness, peace and love.  I look forward to the day when God redeems the rainbow, and it is not used to make a point, but can be embraced and enjoyed by all.