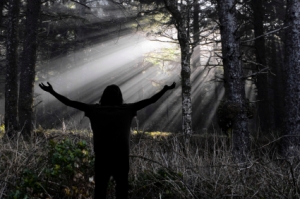 Six year’s ago I worked with five Vanderbilt seminary students on a worship project.  They attended dozens of Christian worship experiences in all sizes, shapes, forms, and cultures of United Methodist congregations, then we sat and “debriefed” each experience.  One 27-year-old woman, Erin, an Episcopalian, made an unusual and provocative observation that resulted in a lively debate.  Erin said, “The remarkable thing about all of these experiences, for me, is that I feel like I am attending a function in God’s house while God isn’t at home.”  This led to a discussion based on the question, “What kind of worship experience do we believe God would attend?”

What follows is a rambling and random set of thoughts from multiple discussions on what my “team” experienced in a wide variety of United Methodist worship settings — highlighting the good, the bad, and the ugly.  I’ve tried to put them in a single narrative flow, though they represent pieces of different conversations covering a fourteen month period of time.

An absolute positive for everyone was comfort level.  It didn’t matter so much how they were greeted.  What mattered most was that they weren’t made to feel unwelcome.  “Oh, man, it was obvious some places that we were outsiders.  People acted like they caught us breaking in!  Or they made us wear name tags, or they made us stand up.  It was creepy how out of place some churches made us feel,” explained 35-year-old, Brian.  “The best experience for me is to have someone say ‘hi,’ shake my hand, give me a bulletin, and then let me find a ‘safe’ place to sit.  More than that feels phony most places, and less than that feels unfriendly,” adds 26-year-old Lakisha.  “I don’t mind if people try to strike up a conversation, but I hate it when people are following a script or a set of guidelines on hospitality.”

Josh, the 24-year-old ‘baby’ of the research team, was the exception to the group, wanting to be able to slip in and out of churches unaccosted.  “I’m not really a social-type.  I am going to church to worship God, and I want the service to really connect me to God.  It ruins the church experience for me when it’s nothing more than a social club.  I hate going into sanctuaries before worship and you can’t even hear yourself think because of all the noise and laughter and shuffling around.  I have a hard time finding a church that isn’t “too friendly.”  Lakisha chimed in, “Most of the churches we have visited are very loud and ‘busy;’ there’s something going on constantly, especially in the churches that are trying to reach younger audiences.”

This shifted focus to worship styles and specifically music.  Emma, 33-years-0ld and an Asian American Presbyterian, noted, “Energy seems low regardless of the worshipping style.  The majority of people in worship are very passive — they may stand up and sit down, but many don’t even sing the hymns or recite prayers or take part in responsive readings.”  Brian considered, “When people love what they’re singing, they really sing.  When the songs aren’t well known, or poorly led, people don’t sing.  Nothing annoys me more than having ‘song leaders’ who perform instead of lead.  They act like they’re auditioning for American Idol, not helping people praise God.”  The entire group agreed.  Too many worship leaders are performing rather than leading.  At the other extreme, poor performance makes music a trial rather than a joy.  “Music is perhaps the most important aspect of worship,” reflects Erin, “if the music is bad, worship is poor; but when the music is good, it lifts the whole experience.”  “Problem is,” laments Emma, “music is pretty bad in most of the churches we’ve been visiting.  And where it isn’t poorly performed, it tends to be poor theology or a simplistic message.”  “Or it’s terribly self-indulgent — all this “me, me, me and Jesus” stuff,” added Erin. 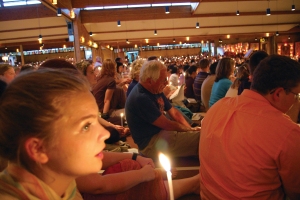 “I have to say that traditional worship styles seem better than the ‘contemporary’ and ‘alternative’ styles we’ve seen,” observes Brian.  “I thought for a long time that contemporary worship pretty much sucks because people were learning how to lead it.  But, hey, people have had forty years to learn, and it isn’t getting any better.”  Josh offered some argument.  “I think we’ve seen as much good contemporary worship as we have traditional worship — and as much bad of both.  But it is all a matter of taste.  There is nothing intrinsically, qualitatively better about one over the other.  The problem, for me, is that too much worship is all about “the show,” and not enough about God.  It’s like God is a prop, or nothing more than a topic.  There is very little awe.  Very little reverence.”  The entire team agrees.  “It goes back to what I said before,” says Erin.  “The lights and sound systems are on, but God is not at home.  Worship is about God, but it doesn’t really involve God.”  Emma offered this perspective: “It’s like the difference between gardening and having someone tell you about gardening — or watching someone else garden.  That’s what I feel like in the worship services we’ve been to.  I mean, we have attended what, thirty-six different services?  I have yet to feel swept up in any experience.”  “And a lot of worship doesn’t seem to be about God at all, but just about how tough it is to be Christian.  It’s like watching Dr. Phil or Oprah.  It’s all about us.”

I asked the group if they felt the fact that we were attending worship from a critical research perspective changed our ability to fully appreciate the experience.  Predominantly, they felt it didn’t have much affect.  “I mean, we all go to worship all the time, and what we’re seeing here isn’t all that different,” reflected Josh.  “Really good worship is rare.”  “And good worship isn’t done for us, it is something we do,” said Lakisha.  “The big problem is that pastors and song leaders are trying to do worship for the congregation instead of helping the congregation worship.”  “It’s like, older churches think they are helping you be involved by making you stand up and sit down, and younger churches get you involved by letting you clap,” added Josh.  “Most worship feels very canned and planned.  I’m not sure the Holy Spirit could break through with grenades and an Uzi.”

“It’s not that people aren’t trying really hard and actually doing some good things,” said Emma.  “We have heard good speaking, good music, and have seen good prayers and skits and dancing.  But good quality and really appropriate and meaningful worship aren’t necessarily the same thing.”  “Yeah,” said Brian, “we have heard some good sermons, but are they really good messages?  Do they really communicate the Word of God?  I’m not so sure.  I can barely remember any of the messages we have heard, and I was really listening.  There hasn’t been very much that is memorable from this project.”  “Well,” considered Erin, “what is most memorable is what has been really bad.  And that’s sad.  We do remember the bad preachers and the awful music and the absolutely ridiculously egregiously insipid prayers.”  “Oh, God, there have been some real laughs,” remembers Josh.  “It’s mean, and I’m sorry, but there has been some really stinky worship.”  “It hasn’t been that bad, and there has not been much,” chastised Emma.  “There is no more really bad worship than really good worship — most of it is just mediocre, and that’s tragic enough.”

So, what kind of worship did the group think God would attend?

Erin:  Sincere worship that connects people to God.  The focus needs to be on God.  Everything should pull people’s focus toward God.  There is too much that happens in most worship services that really doesn’t belong there.

Josh:  I don’t know, but the people should, like, look like they want to be there.  There should be some energy or some happiness.  But it’s more than just lots of energy and noise.  It’s got to be more about God than us.

Emma:  I agree with Josh.  We talk about ‘celebrating’ worship, but most of what we’ve experienced hasn’t been celebration.  Too many churches go through the motions.  God would attend worship that is real and meaningful, not worship that happens like a habit.

Brian:  I don’t think God would attend any of our worship.  I think God is out in the streets with the people and the worship that thrills him is the thankful hearts that result from housing the homeless, feeding the hungry, and caring for the poor.  Too many people in church go to worship instead of serving others.  I don’t think God wants that.

Lakisha:  I don’t think God wants professional worship or slick and polished worship or auditorium or stadium worship.  I think God wants people who care about him and each other to be together to give thanks and sing songs and pray and read scriptures.  I think we make worship “special” because we don’t think it’s special enough on its own.  That’s crap.  Spending some time with God should be the most exciting thing we do.  Isn’t it amazing that so many of us have found so many ways to so successfully make worship ordinary and uninteresting?  Shame on us when we think worship depends on how well we perform.  I think God just wants us to want to spend time with him.