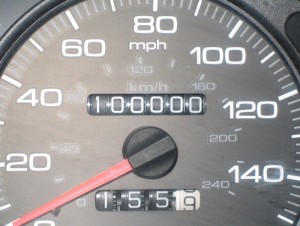 I note with some satisfaction that I passed the 100,000 page view plateau today.  Yes, it took me seven months to do it, but from extremely humble beginnings United Methodeviations is now averaging 5,000+ hits a week.  I realize this is small potatoes to sites like United Methodist Reporter and the GBOD Worship website that see 100,000 hits a week easily, and UMC.org that probably gets 100,000 views in about ten minutes.  But for me and my silly little blog, I think it’s kind of cool.  It means I can toss around ideas with UMs I’ve never even met.  It connects me to people I would not know any other way.  I love it.

At my most obsessive-compulsive, I watch the numbers to see if I can hit a new daily or weekly or monthly high.  It’s as absorbing as a video game.  Part of me could care less about the numbers — I’ll write even when no one reads.  Another part of me sees that I am at 997 views for the day with ten minutes left, and I sit rivited in my seat as if my favorite team is fourth-and-ten with three seconds left in the game.  What is it with our obsession with numbers?

I cannot get into a conversation with other church leaders that doesn’t end up being about numbers.  Even when the topic is “discipleship,” somehow the discussion leads to the number of disciples.  Same thing happens when we talk about “new faith communities,” then someone slips and says “new churches,” then we start talking about numeric growth (and decline).  Bizarre.  We cannot seem to help ourselves.

After having written 150+ posts over the past seven months, I still have very little understanding what acutally happens after I hit the “Publish” button.  Sometimes 200 people will read my new post in the first day, then it will all but disappear.  Often about 50 people will read it for a day or two, then it will disappear, but come back with a vengeance two weeks later.  The ones I spend the least time thinking about and writing generally are the most widely read, while the ones I pour my heart and soul into pull in about 70 views.  My critical — and I might add, snarkiest — posts get read about 12 times as much as my positive posts.  And every once in awhile, something I write just finds an audience and explodes.  (Come on!  Over 7,000 views on “Root Rot in the Theological Tree?”  What’s this about?)

I would only have about 40,000 page views to date if it weren’t for my worship friends at the GBOD — Dean McIntyre, Safiyah Fosua, and Taylor Burton-Edwards.  They are my “tipping point” influencers — any time they promote anything I write, the page views jump into the thousands.

I love the comments — both positive and negative.  (Well, let’s be honest.  I like the positive ones best…)  This is where I think the blog has the greatest potential — a clearinghouse for thoughts, opinions, and ideas.  Looking at the 1,500+ comments, over 90% are positive.  What I love about the blog currently is that when negative comments come in, I don’t have to respond — a loyal group of cyber-friends come to my aid.

I thought about ending the blog when I moved to Wisconsin, but that thought was short-lived.  I received so many emails and phone calls asking if I would continue (okay, about 65 emails and a dozen phone calls, but it was enough…) that I decided I would, and with the support of my bishop and cabinet I am still stirring up trouble almost daily.  As long as I keep the disclaimer that I am not representing anyone or any group but myself, I am on fairly safe ground.

There is nothing more gratifying than traveling to a new place and having someone come up to me to say how much they like and value the blog.  So far, no one who doesn’t like it has approached me (but I know you’re out there…), but in some cases people specifically seek me out.  Usually they meet me face-to-face and say, “Oh, wow, I thought you would be younger.  I didn’t know people your age felt like that.”

I look forward to the days when I can meet more of the people who read this blog — and whose blogs I read — for conversation and to strengthen the relationships.  I have gotten “to know” some fascinating people through this thing.  It will be around for awhile anyway.  Not that I have that much interesting to say, but I do love “stirring the pot.”