Daniel In the Liar’s Den

Okay.  I have written some controversial — even inflammatory — things on this blog, but I never thought that the idea that “pastor’s shouldn’t lie” would generate the kind of energy it has.  (Caught on the Ethical Horns of a Moral Dilemma) Many people are leaving comments, but I also opened nine emails this morning from a variety of people not comfortable airing their views on the site.  Most of these are disagreeing with my points about honesty — making points of their own, from the ridiculous (“I wouldn’t trust a pastor who told the truth all the time!”) to the sublime 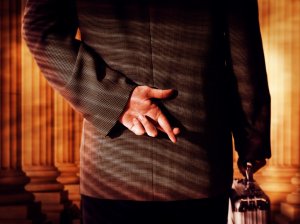 (“Truth can be as destructive a force as falsehood.  It takes honest discernment to tell when to employ either.”).  Three shot back in anger, using terms like sanctimonious, judgmental, and self-righteous.  I apologize again to anyone who thinks I am writing from a presumed position of superiority.  I am as guilty as any of not being completely honest (lying) in my pastoral capacity.  I understand the pressures and slippery positions in which we find ourselves.  I in no way am condemning anyone’s particular acts.  I am lamenting and concerned about the growing sense that there is nothing wrong with lying as a normal function of pastoral ministry.  The fact that people are actually writing me to help teach me that honesty is not always the best policy says a lot.  One email included two full pages of the writer’s distinction between dishonesty and not telling the truth.  His bottom line: “lying must not be tolerated, but that does not mean that we should always tell the truth.”  My problem is that for me this IS a binary issue — either one is telling the truth or one isn’t.  And I do believe that there are many perils to lying.

Lying expends a lot more energy than telling the truth, and it diverts positive energy into negative — and often destructive — paths.  I think of President Bill “it depends on what your definition of “is” is…” Clinton, and how almost all of the positive momentum he enjoyed disappeared over night as all attention shifted to his indiscretions.  Would his open admission have been less painful and damaging than his lies?  Probably not, but it could have been put in the past a lot faster and less collateral damage would have occurred.  A lot of time, energy, money, and intelligence was wasted during that time.

Hugh Laurie’s immensely popular doctor Gregory House operates by the rule “everybody lies.”  His cynicism is well founded.  We often lie without thinking about it or meaning to.  White lies, fibs, fabrications abound.  People “fudge” on their weight, their age, whether they drink alcohol or smoke, how much exercise they get, and a host of other things.  Pastors are notoriously undependable when it comes to reporting average worship attendance, apportionment payments, and how many visitors they get in a year (they generally estimate higher than actual).  It is a part of our human nature — remember?  This is why we need Jesus in our lives?  All have sinned and fall short?  It really doesn’t get us anywhere to condemn what we’re already in trouble for…

The real problem for me is the culture of distrust and low esteem that results from widespread deception, deviousness, and misinformation.  A few comments have challenged me with, “so should everyone in every congregation have the right to know everything?”, and I would frame the issue a different way.  Whether or not people have the right, in our healthiest churches there is the greatest transparency and honesty, while in our most dysfunctional we find rampant rumors, gossip, telling secrets, closed meetings, and an insidious fear of the wrong information falling into the wrong hands.  I believe that a certain level of trust, honesty, transparency, and respect must occur before a congregation earns the sobriquet “community of faith.”  In real community, everyone does have the right to know what is going on that affects them, and there is little fear that the truth will do anything to bring them lasting harm.

The problem is (it seems to me) that we currently reside in a system that does not honor truth-telling as much as it does harmony and comfort.  Keeping people happy is equated with keeping them in the dark.  We seem to have a rabid fear of confronting and addressing the ugliness we find in our saintly fellowship.  Here is a short story from an email I received this morning (with the author’s permission).

I left the ministry <United Methodist> and the church over its policy of looking the other way.  I was appointed as an “after-pastor” <someone appointed to follow a ‘problem’ pastor> in a church where a handful of people were aware of his indiscretions.  He had at least two affairs within the congregation, though neither woman nor their husbands would press the issue.  In my first months there I discovered a who web of lies, cover-ups, questionable financial dealings, and at least two more cases of inappropriate sexual advances.  I went to my DS <District Superintendent> and told him that I wanted to lay everything out on the table and get it done with and over so the church could begin to heal.  Some had left the church that were outraged at the former pastor’s conduct and the fact that ‘he got away with it,’ while a somewhat larger segment of the congregation had no real clue what was going on and were angry with me and the annual conference for their unfair treatment of their beloved pastor.  I wanted to be open and honest and put the whole mess to rest.  My DS told me not to.  He told me that too many lives would be affected and that nothing could be gained by ruining the former pastor’s reputation.  It was best, he said, to let the sleeping dog’s lie.  I went back to the church frustrated, and watched throughout the remainder of my first year as more people left the church, as rumors ran amok, as gossip tore people up and did more damage than the truth ever could have.  The final straw came the following June when the former pastor was removed from leave of absence to be appointed in another conference.  I stood and opposed the appointment and asked if the conference in which he was to be appointed knew of his history in our conference.  The bishop looked at me with a deadpan face and asked, “What possible good would that serve?”  I left the church the following year.

When a system colludes to suppress truth, when it becomes tolerant of dishonesty, when it offers no penalty to those who break covenant, and when it accepts as normal the necessity to deceive, it is a fundamentally broken system.  Either there is a commitment to the truth or there is not.  Certainly, there will be incidental “sins” of dishonesty that occur, but the endorsement of a condition of sin — that dishonesty is okay — is unacceptable.

Please hear this: I believe we need to dwell in a state of grace.  Mercy and compassion should permeate this discussion, but justice and integrity demand that we take a stand.  We’re moving on to perfection, but perfection must still be an ideal.  The idea that good enough is good enough or that “we don’t want to get too carried away by this truth and honesty stuff” doesn’t fit.  If there is no commitment to telling the truth, if honesty is not a core value, then there can be no accountability, and anything goes.  If there is no penalty for dishonesty, there can be no accountability either, and cynicism and the lack of credibility and respect are the only fruits we can expect to produce.  Many outside our doors condemn us as hypocrites and liars.  My question is, what are we willing to do to make them eat those words?