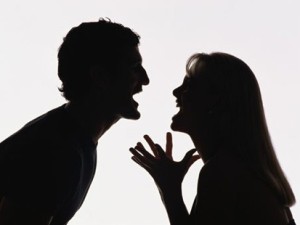 My thesis: the greatest danger to today’s Christian church in the United States doesn’t come from outside.  It isn’t atheists.  It isn’t gays or lesbians.  It isn’t the liberal media.  It isn’t terrorists of other faiths.  No, the greatest threat to our church today is us — the silly little disagreements even more than the major theological rifts.  All week I’ve been receiving emails and even a phone call (!) from people who disagree with me.  They disagree so vehemently that disagreements between Christians are the greatest threat that they promise no longer to read my blog or communicate with me.  That’s how deeply they believe that our disagreements can’t divide us…

One fair question that more than one person has asked is what I am basing this opinion on.  From 2002-2006, I worked on a research project for the General Board of Discipleship (that never got published) to look at attitudes toward mainline churches, particularly the UMC.  One part of that research project was to conduct “exit” interviews with hundreds of individuals who left a United Methodist congregation (to find out their reasons why).  The top 10 reasons given are as follows:

Note that four of the top five reasons given are conflict within the church.  Switching faiths didn’t make the top ten.  Leaving because gays and lesbians came in, ditto.  Being influenced and converted by atheists?  Nope. Inability to deal with brothers and sisters in the faith?  Bingo.  Church splits?  100% internal.  Church implosions?  100% internal.  Pastors requesting a new appointment?  83% grounded in conflict or disagreements in the congregation.

To those who have written to me telling me that I have absolutely nothing to base my opinion on, I simply say that this is where my opinion comes from.  The evidence might not be compelling to some, but it is to me.

However, beyond the mere reality of disagreement is how we deal with disagreement. The majority of United Methodists who leave over conflict do so because they feel there is no room to agree to disagree.  Too many conflicts in the church are defined in “win-lose” terms.  And once the “losers” lose, ties are cut, bridges burned, and bonds are severed.  88% of respondents reported that no one contacted them after they left, and no one invited them to come back.  Not only are we not concerned about the divisions that threaten to destroy us, we are equally unconcerned with the people who leave.  This, in my opinion, is a threat to the long-term survival of healthy Christian community.

And as I have said elsewhere, this divisive, destructive, and self-defeating behavior is witnessed by the world we hope to serve and save.   Each time we engage in petty, puerile, and poisonous infighting, this becomes our public witness to what it means to be the church.  Of course, when we are able to navigate conflict and disagreement in mature, healthy ways, this is our witness as well.  Unfortunately, we don’t seem to do the latter nearly as often as the former.

I know there are many who disagree that there is any kind of behavior problem in our congregations.  Nothing I say is going to make much difference.  Ultimately, no matter how well or how poorly we are treating each other in the church, there are still significant ways we can do better.  To commit to live the fruit of the Spirit is a good place to start (love, joy, peace, patience, kindness, generosity, faithfulness, gentleness, and self-control).  We could follow with some Micah 6:8 (justice, mercy, humility).  We could crown it with Wesley’s General Rules (do no harm, do good, attend to the ordinances of God).  Really, anything will do, so long as we strive to honor the Christ, “who has broken down the dividing wall, that is, the hostility between us.” (Ephesians 2:14b)