Knittin’ Mittens for a Snake 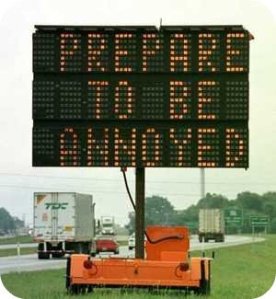 When will we begin to listen?  Much of what we are offering people, they don’t want, can’t use, and don’t value.  A growing population of deeply devout people — of all ages — have determined that organized religion is for the judgmentally insane.  I was sitting in a meeting with a group of conservative evangelical independent almost fundamentalist teenagers who are furious with their church for not welcoming minorities — racial, ethnic, gay, poor.  One by one the young people lamented that they simply don’t care to be part of any religion that uses hate, exclusion, violence, injustice and abuse as their governing values.  Twenty years ago, many young people in conservative churches would have not batted an eye at exclusion — only those liberal bleeding hearts would have wanted “those people” anywhere near the church.  The trends are fairly clear: more people are avoiding the church because it is too judgmental and restrictive, not because it is too liberal and unrighteous.

Part of the problem and challenge is that many in “the church” cannot distinguish between what is truth and what we have chosen to believe is truth.  The pick and choose nature of biblical interpretation is ghastly and embarrassing.  Individuals make a simple, basic decision about their Bible — to use it as a tool or to wield it as a weapon.  And a growing number of older adults are failing to realize that those they are injuring most are their children and grandchildren.

Oh, I know the fear is there.  For those who believe that the devil is stronger than God, the idea of tolerating human brokenness is terrifying.  If I believe that a particular sin is like a viral infection and my God is impotent in the face of disease, then I will fight until my dying breath trying to deny that taint.  If I believe that the shortcomings of others have more power than my own faith, I will attack them in every way possible.  And I will twist holy writ in every direction to make it justify my anger and fear.  But I had better pay attention to the unintended consequences of such faithless behavior.  People are watching.  The hostility of the narrow-minded are corrupting the credibility and integrity of the church.  Young people are not drifting away from indifference, they are making a conscious decision to break from the toxic energy of judgmentalism, persecution, hostility, anger and violence.  A young woman told me, “I had to get out of the church just to feel God’s love again.”

Another young man shared with me that he has three very good friends — a Filipino youth, a gay neighbor and a mildly mentally challenged classmate.  On different occasions he took them to his United Methodist church.  He told me that each time he has been asked NOT to bring them back — they aren’t the kind of people he should be associating with.  Guess what?  He left the church.

When my grandmother thought I was wasting my time or doing something foolish, she told me I was “knittin’ mittens for a snake.”  As I see more and more effort dedicated to preserving our institutional church and our personalized, privatized, sanitized sacreligion, I can’t help thinking we might be knittin’ mittens for snakes — we may be guaranteeing that we have no future, no hope, no mission, and no positive witness.  Even if we truly believe non-churchy people are sweaty sacks of sin, they should be the very people we DO want.  It is very hard to save those you deny and reject.  Two whole generations of Christ-followers and faithful seekers are basically absent from our churches.  They are very open, honest and transparent about why.  And we can happily reject them as ignorant, misguided, and evil — they don’t mind a bit.  It simply reinforces and proves what they already think.  If there is anyone we don’t want in our church, we include them as well.  Some say we have no future if we let sinners in, but the reality is we have no future as long as we keep God’s precious children out.